17 days in Switzerland and Italy (7) - Murren and Schilthorn, Switzerland

Waking up, the first thing we did was to turn on the TV to watch the weather situation at Jungfraud and Schilthorn. (These are the two main summits in the Bernese Alps.) Live webcam videos showed that the weather at Jungfraud was still aweful but Schilthorn finally cleared up a bit. So, we could finally visit the Alps today.

To visit Alps, we had to change trains several times. First part of the route was form Interlaken West to Lauterbrunnen. From here, people can choose to either take the train to go to Jungfraubahn or take the cable car to go to Murren (and then go to Schilthorn). Surprisingly (or maybe not), all the passengers continued their journey to Jungfraud (though the visibility there was pretty bad) except us two and an Indian family. We six were the only ones who chose to take the cable car. 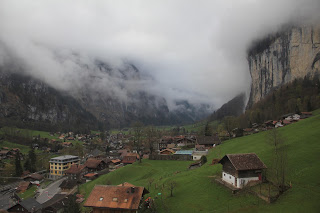 After the cable car and another short train ride in snow, we finally arrived in Murren, which was totally covered in fog.

It was deadly quiet in Murren. We were told by the B&B hostess that Murren is a nice town and is worth visiting. Well, apparently the peak season hasn't arrived yet. For a while, we were the only two walking on the almost "empty" town. Still, a very unique experience. 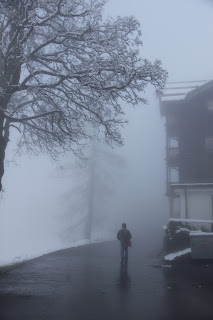 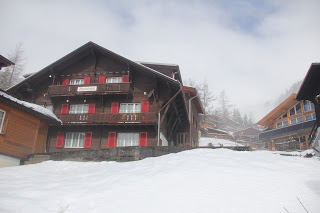 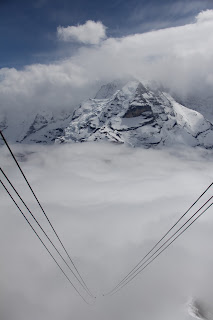 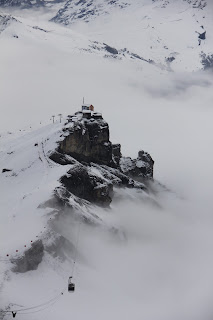 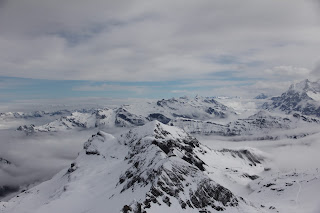 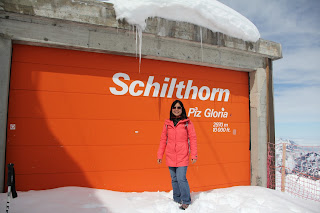 On our way down, we had a short 30-min stay in Brig. From there, we took some more pictures. 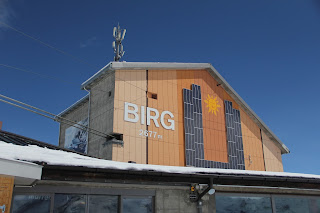 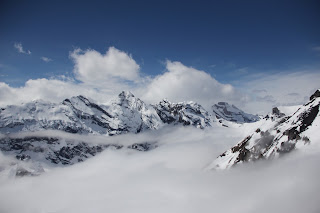