A few hours ago, it was raining in Visp. When we went back after two hours, surprisingly, the sun came out. Our next stop is Sion - the capital of the Swiss canton of Valais and is famous for wine making. It's said to be the third largest wine making region in Switzerland. 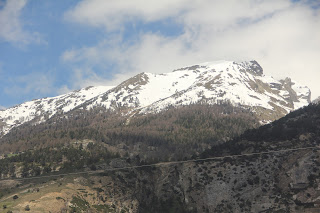 Sion is not big but it took us a while to figure out where the old town is. Part of the reason was because we didn't include it in our original plan thus didn't do any research. What made it difficult was that we had language barriers there. People we stopped to ask for directions don't speak English and we don't speak German or French.


Well, the old town is actually located at the west side of the town, and is within the walking distance from the train station. I call it "old town" but it's actually a couple of blocks full of shops, restaurants, and residential area. I am a bit surprised how cheap the prices of the clothes in the shops but then was reminded by Alex that everything here is sold in Euro, not American dollars. :b 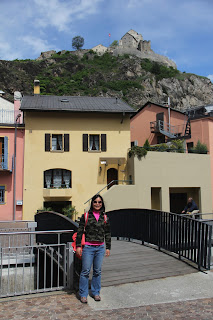 Sion  has two landmarks, one is the Valere basilica (Valere castle) on the top of a hill (Basilique dde Valere); the other is the Tourbillon castle (Chateau de Tourbillon) on the top of another hill. With no map in hand, we just followed our instinct and found our way through the residential area. It's quite an exercise for Alex and me (two couch potatoes) but totally worth it! 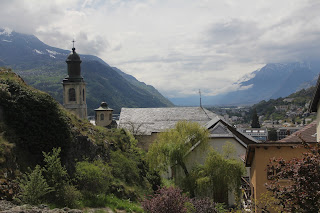 From the top of the hill, you can have a panoramic view of Sion and the surrounded area, including the grape vineyard (although still too early to see any green), the Tourbillon Castle, and the valley on the other side of the mountain. 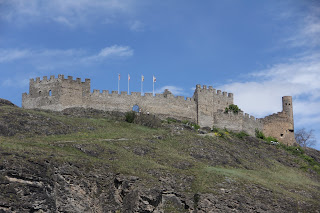 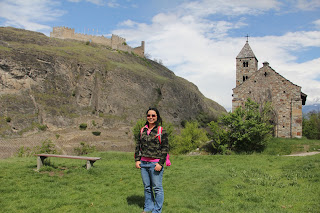 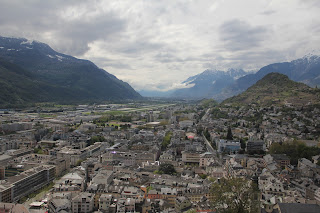 Below is a picture of a the Valere basilica from Sion. Overall, I feel Sion is quite small and a few hours stay should be enough, unless you want to visit both the castle and the basilica. 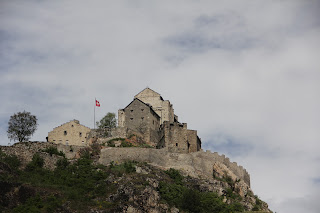